A few weeks ago, I was on Spring Break (one of the many perks about working in academia).

I traveled up to the great state of Oregon, and developed a serious crush.

Portland and I…it’s getting pretty serious you could say.

And, as much as I love Los Angeles through and through, here are 7 reasons Portlandia will make you swoon!

I’ve never been to a city where there were so much foliage and trees! My lungs practically exploded from oxygen overdose.

I’ve never visited a city that felt so “green” before! Everywhere you turn in Portland, you are constantly reminded that you are in a city, tucked in a forest. From bridges covered with moss to the gorgeous Willamette river that divides Portland, you can literally look up any direction and see the towering trees hugging the skirts of the city.

In addition to the flora of Portland, this is a very earth-conscious place. Trash bins are divided into different areas for recycling and drinking fountains called “Benson Bubblers”, are on almost every corner for people to get a quick sip or refill their water bottles with!

2. This is a Coffee and Donut Lover’s Paradise!

Sorry, Starbucks and Coffee Bean. I cheated on you with a smoother and slightly richer coffee. It’s nothing personal, but Stumptown and I plan to have a happy future together. I’m sorry, but this is just how it has to be.

Seriously folks, if you love coffee the way I do (just black and occasionally a latte here or there), Portland serves up a tasty cup o’ Joe. Stumptown Coffee Roasters is my personal favorite roaster, and what’s more awesome, is that literally almost every restaurant in town proudly brews Stumptown coffee. That’s some local love at it’s finest!

If you’re going to have a good cup of coffee, a donut is also necessary (that’s a law somewhere). Voodoo Donuts seems to reign king as far as the donut chain of command is concerned. Bacon maple bars, ‘Ol Dirty Bastards, Mexican Hot Chocolate, and Captain Crunch donuts are just some of the zany creations you can choose from at Voodoo. But in my personal opinion, I think as soon as you try a Voodoo Donut, you should also make your way over to Blue Star Donuts!

Blue Star Donuts are in a class of their own. Imagine a fine bakery with the iconic white marble counter tops and glass cases. Then switch out the sugar crusted palmiers and other fine confections, for these bad boys…

Yeah, that’s right. Going from top to bottom (clockwise), you’re looking at a Buttermik Old Fashioned, a Hard Apple Cider Fritter, and a Blueberry Bourbon Basil donut. These donuts are not only delectable, they are of quality. If donuts had an upper crust cousin, these would be it!  Did I mention that they also serve Stumptown Coffee here? Yup, it’s a one way ticket to tasty town.

It’s pretty much impossible to go to a restaurant in Portland and not have a beer, glass of wine, coffee, or any other food product that is not from a local business or farm. Portland is proud of what their locals are doing and make sure that you know that too!

So after you’ve indulged in five or ten donuts, it might be a good idea to stretch the legs and take a hike! Without question, Multnomah Falls is absolutely breath-taking and needs to be seen! Being a SoCal girl, it’s not very often I see waterfalls. We  technically have a waterfall in Santa Monica, but if that’s a waterfall, I think my garden hose could count as one too.

Multnomah Falls is alongside the gorgeous Columbia River and the drive there is equally scenic. As you drive up towards the falls, smaller waterfalls cascade through the hillsides and trees. The hillsides are so green and lush, I was just waiting for a gnome or fairy to magically run through (this is what happens when you don’t grow up with greenery). As I walked up towards Multnomah Falls, I turned to say something to my friend and heard my voice slightly choke up and crack! A waterfall made me misty eyed! (Again, what happens when you don’t grow up around greenery!)

This was my “flight” before my flight!

Did I forget to mention that beer is kind of a big deal here?

Portlandians (Portlandites?), take craft beer to a whole new level! With local breweries such as Rogue, Burnside Brewing Co, Widmere Brothers Brewery, and Full Sail Brewing Company (just to name a few), this is a beer garden at it’s finest! The Northwest is known for it’s hoppy IPA’s, but I think Portland brewers have got it down to a science. Loving IPA’s myself, I highly recommend visiting the Burnside Brewing Co., and ordering up a pint of their Burnside IPA or a Skyline Extra Pale Ale. Or, you could do what I did and order their tasting flight! They have a beer that is spiced with Scotch Bonnet Peppers!

But not in an uber smart way (though that would probably be best!), but in the way that I could spend all day in a book store and be happy as a clam.

And, in case you needed more persuasion, Powell’s has a book room solely dedicated to rare books! It’s a book museum if you will! Although, these books are up for purchase, so it’s more like a museum you can buy things at…you get my point. It’s freaking awesome!

This is a book that was in the Rare Books Room and is older than the creation of whisky! I believe that Latin on this cover reads “Someone please create a decent drink already!”

By far, my favorite part of Portland is the unique energy that runs through the city and it’s people. Portland is a place for free expression and artistry. The people who I encountered were some of the friendliest folks I’ve met, and I highly believe it’s because of the “weirdness” this city fosters.

Seen throughout Portland is the city’s motto:

From donut stores where you can get married to bars that offer an array of epic 80’s/90’s arcade games (Ground Kontrol Classic Arcade) to greenbelts that travel endlessly, Portland is a microcosm of artisanal desires and overall weirdness jumbled together.

Thanks for keeping things weird Portland! ❤ 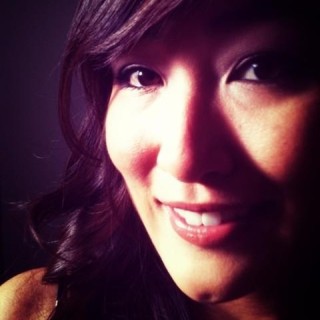